Florida Teens Seen in Video on Day They Went Missing 1:25

An iPhone found stashed inside a compartment of the boat shared by two teenagers who vanished off the Florida coast last summer could hold clues in a confounding mystery: How did the boys — both skilled boaters — disappear at sea?

Data-recovery experts say that while salvaging data from the barnacle-encrusted iPhone 6 — which apparently spent an extended period submerged in saltwater — isn’t impossible, the circumstances suggest extracting any information is a long shot.

The parents of the two teens — friends Perry Cohen and Austin Stephanos, both 14 at the time — are clinging to hope that it could help explain their disappearance. The two families even waged a legal fight over preservation of the cellphone, although that apparently was settled on Friday.

Drive Savers, a data recovery company based in California, says it typically receives more than 300 phones a month in various state of ruin — including some damaged after being dropped in the ocean.

“Most of the phones were in the ocean for short periods, but there were several weeks to months before the customer sent the phones to us for recovery,” said Drive Savers spokesman John Christopher. “That makes a huge difference because the saltwater speeds up the corrosion process and can make the data recovery difficult to impossible.”

Even so, the company has been able to resurrect data in some scenarios, he said.

In the case of Perry and Austin, the phone they were using could have been in the water for eight months, based on the barnacles found on the cracked device when it was recovered.

Another expert, Robert Heller, a digital forensics expert with CKC Consulting in Texas, told NBC News that if the phone can be revived, the contents could include text messages that were never sent, call logs, pictures and possibly GPS-related information.

“At the end of the day, if you have a shred of information that’s recoverable, it can be helpful to painting a better picture of what may or may not have occurred,” he said.

The capsized boat was discovered March 18 by a Norwegian supply ship about 100 miles off the coast of Bermuda. The boys, who remain officially classified as missing persons, were not with it.

The phone was found with two fishing rods and two small tackle boxes on board the 18-foot, single-engine Seacraft vessel, the U.S. Coast Guard said.

The friends had set out on a fishing trip the morning of July 24 from the Jupiter Inlet, just north of West Palm Beach, as severe weather approached. New video released Friday by investigators shows the boys as they cruised around the inlet before heading out to sea that day.

The video was taken by a home with a security camera ahead of their ill-fated trip.

When they didn’t come home after 4 p.m., the Coast Guard was dispatched. They found the abandoned boat two days later. A personal flotation device and the boat’s cover were gone.

A marine salvage company was later sent to tow the vessel back, but by then it had drifted away.

At the time, officials said, they were focused on finding the teens and didn’t have the resources to locate the craft. About two weeks later, the search for the pair was called off.

The iPhone belonged to Austin, but both boys used it because Perry had broken his — the reason his family says they have a right to know what’s on it.

Christopher said it is “100 percent likely” the phone won’t be able to be powered on, especially if it was on when it fell into the water.

“Water conducts electricity, so the circuitry immediately shorts out the phone,” he said. “This is just one of the many challenges of smart device data recovery.”

Austin’s phone, being a newer iPhone model, also would be encrypted — and the entire device would need to be in a semi-functioning state in order for any data to be extracted, added Mike Cobb, DriveSavers’ director of engineering.

Since the investigation was not officially considered criminal, the Florida Fish and Wildlife Conservation Commission returned the phone to Austin’s family.

A lawyer for Blu Stephanos, Austin’s father, said Friday that Apple has agreed to take the phone to forensically analyze it.

Earlier this year, Apple waged a legal battle with the FBI after federal investigators sought help hacking into the iPhone belonging to one of the shooters in last December’s San Bernardino, California, massacre.

Apple refused to assist in that case, and argued that it did not have the capability to unlock the phone, even if it wanted to, without knowing the passcode.

On its website, Apple said it responds to “emergency requests worldwide where Apple believes in good faith that an emergency involving imminent danger of death or serious physical injury to any person requires immediate disclosure.”

But there’s another potential wrench in the matter: the case of the missing teens could involve something criminal, family members have suggested.

A detailed report prepared in February by the Florida Fish and Wildlife Conservation Commission revealed that state investigators in December requested subpoenas for phone records in connection with “an official investigation of a suspected felony.”

Two months earlier, Austin’s father, Nick Korniloff, contacted the FBI and the state to voice his concern that the boys may have been abducted.

Raising further questions about what happened, an attorney for the Cohen family told a local news station this week that newly released pictures of the recovered boat show it “was disabled intentionally” because the ignition switch and battery were in the off position.

“If the storm came and capsized the boat, the battery switch and the key would not be in those positions,” attorney Guy Rubin said. “We want forensic experts in accident reconstruction to look at the boat and tell us what happened. I’m not trying to be an alarmist, but I’m also trying to take it from a scientific approach.” Parents of 2 teens lost at sea battle over iPhone found on abandoned boat2:52

This week, Rubin filed a lawsuit on behalf of the Cohen family against Austin’s family and Florida wildlife officials to ensure the iPhone is preserved and potentially turned over to law enforcement to investigate.

At a hearing on Friday, however, both families agreed to have the phone sent via FedEx to Apple for analysis.

The phone “potentially holds the key to answer a question that a mother desperately needs answered,” Rubin told the judge. “And let’s be clear, your honor, the boys are not declared dead.”

For Perry’s mother, the chance that something substantial is on Austin’s iPhone is enough to do anything possible to get the information. Not knowing what happened to the boys continues to haunt the family, she told NBC News.

“It’s devastated our lives,” Pamela Cohen said. “It’s an ambiguous loss, and so we don’t have any answers — and that’s all we’re searching for.” 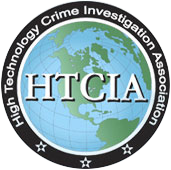